Using genuine refurbished computer parts, that Integrity Global Solutions tests and inspects, will allow you to have customer satisfaction and ease-of- mind.

Whether it's for maintenance sparing or customer self-repair, you can rely on the quality tested and inspected replacement parts from Integrity Global Solutions. Our trained technicians take great care to remove the part and each item is then placed in Static/ESD packaging. Our shipping team then packages each item to ensure it arrives at its destination the same way it was shipped.

Is finding reliable DRAM memory for your HPE ProLiant Server series in your data center a major challenge? When you choose HPE SmartMemory you get the same high quality, reliability, and confidence that come with your HPE ProLiant Gen9 Server series. DRAM quality and reliability are more important now than ever. Industry trends such as server virtualization, cloud computing, the use of large database applications, and high-performance computing have all increased the need for higher capacity memory with greater reliability and uptime. HPE SmartMemory is a unique technology introduced in HPE ProLiant Gen8 Servers that unlocks certain features available only with HPE Qualified Server memory in Gen9 servers also. HPE SmartMemory enables ProLiant Gen9 systems to reliably identify and verify whether installed memory has passed the rigorous HPE qualification and testing processes. And because the memory is authenticated, you can enable extended memory performance features through the system ROM.

It’s the only brand of memory selected, tested, validated and fully supported by HPE for use in HPE computers. Every module is manufactured using only HPE-approved, top-tier components; tested to pass HPE engineering’s rigorous test plans. Upgrading your computer systems with HPE memory is the best way to maximize system uptime and ensure unmatched compatibility, reliability, and performance.

Are you looking for a different HP part? Integrity Global Solutions stocks a wide range of HP parts and supplies, including used and refurbished HP servers, memory, hard drives, and more. Browse our selection or chat with us for assistance!

Most server memory does not work in PC's click here to find out why. Please contact us if you are unsure what memory is right for your needs. 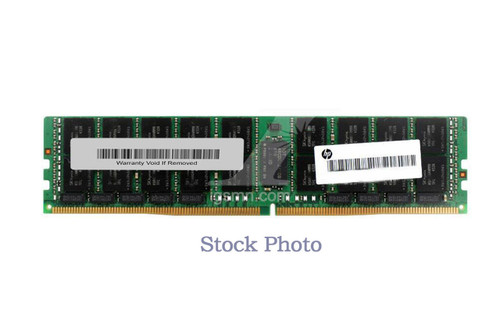