Unlike most major OEMs (HPE, IBM, etc…) who market their hard drives with the trays included, Dell sells them separately which leads to frequent misunderstandings and confusion. Dell hard drives can be used in many of their servers however, the trays can end up being proprietary to specific systems.

To make matters even more confusing, refurbished and used hard drives online are often shown with trays leading you to assume they are included while giving no indication if they’re the right ones for your server. Why does this happen? Refurbished drives are usually tested and pulled from used servers and then photographed. The trays are left on the drives because removing them is an extra step requiring additional time, labor, and costs. When dealing with hundreds of thousands of parts, this is good for the business’s bottom line but can make things challenging for someone browsing hard drives.

In the sections below, we’re going to take a look at a few different styles of Dell hard drive trays and let you know what they are compatible with.

Dell 11th & 12th & 13th generation 2.5" SAS hard drive trays such as the G176J (pictured below) are sometimes referred to as "R Series Trays" and can be used in the following Dell PowerEdge Servers: 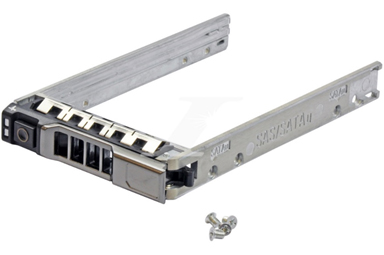 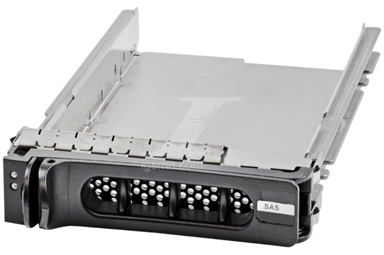 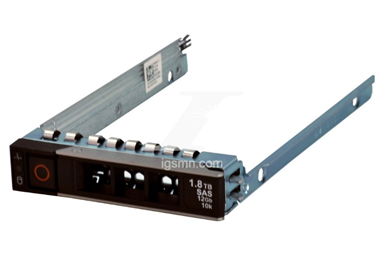 While browsing the Integrity Global webstore you may come across photos of Dell hard drives with or without a tray. We hope by referring to the examples displayed above that you’ll be able to identify whether or not the tray will work in your system. However, if you are still having trouble finding the right tray for your drives or are unsure about what drive tray you need, feel free to reach out to us either using our website chat (located in the bottom right hand corner of the page) or contact us for assistance.